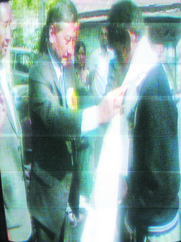 Ramesh Chettri form Dechiling East Sikkim has been qualified for the under13 football squad, Indian Team for the ongoing  AFC U13 festival of football which is scheduled to be held from the third week of the April at Iran. India too is participating in the South Asian Zone of this program, which is being hosted by Iran in Yazd city. Ramesh Chettri and another boy from Sikkim is in team of 22 boys which has been selected from the list of 36 boys by the AIFF. It is a matter of proud for all Sikkimese that our boy from a small place has been selected for the Indian Team.
The area MLA of Syari Constituency Shri K.T Gyaltsen meet his family at Dechiling  and assure them to provide every possible help to him 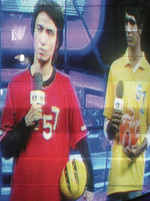 KRISHNA LIMBU FROM SIKKIM WHO IS ONE OF THE TALENTED FREE STYLE SOCCER PROFESSIONAL, CREATED A WORLD RECORD BY DOING  MAXIMUM SHOULDER ROLLING BALL IN ONE MINUTE AT A REALITY TV SHOW “GUINNESS WORLD RECORD AB INDIA TORE-GA” ON COLOR’S TV. THE SHOW WHICH WAS HOSTED BY BEAUTIFUL BOLLYWOOD ACTRESSES PRETI JINTA AND WATCHED BY MILLIONS OF VIEWERS FROM ALL OVER THE WORLD. 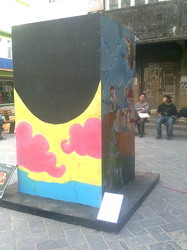 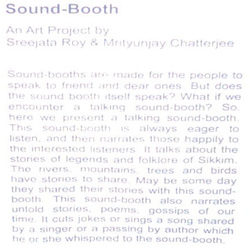 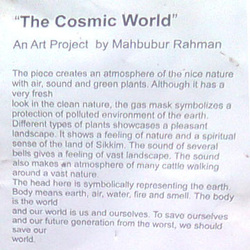 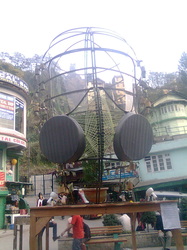 SIKITEX 2011 an IT Exhibition & Conference 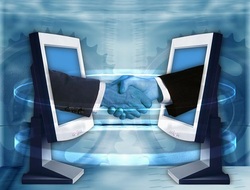 SIKITEX 2011 an IT Exhibition & Conference

The Department of I.T.  this year is incorporating Sikitex 2011 - good practices award for I.T. based tools used in Education.  Send your entries of maximum 500 words and an abstract of 50 words to :email: t.samdup@nic.in

Second day budget session ended with the introduction of following  bills1) The Sikkim Fiscal Resposibility and Budget Management (Amendment) Bill, Bill No. 6 of 2011 by the Dr. Pawan Kumar Chamling, Hon'ble Chief Minister also the Minister-in-charge of Finance, Revenue and Expenditure Deptt
2) The Sikkim Casinos (Control and Tax) Amendment Bill, Bill No. 7 of 2011.

THE ART OF DRIVING BY KARMA

MAJOR FIRE BROKE OUT IN PROTECTED FOREST OF SIKKIM.

Fire department officials said the blaze, which was spotted at around 12 pm in the dense reserve forest soon spread to the upper reaches.

Though fire tenders contained the flames in the lower areas of the forest, the blaze still raged in the upper reaches as the firemen faced difficulty to spray water due to logistic problems.

The cause of the forest fire was not yet known
March 16: Six more incidents of forest fire have been reported from the state in the past 24 hours, including one at Tareybhir Wildlife Sanctuary in East district, officials said today. 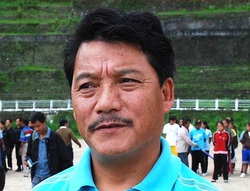 Mr. Bimal Gurung chief of Gorkha Janmukti Morcha, was in Gangtok on 16nd march  on his personal visit. He Meet members of GJM Sikkim Unit .During his visit he thanks people of sikkim for the support they received and hoped  the same in the future too. 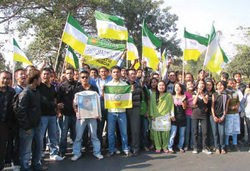 The ABAVP, a platform for tribals and other ethnic communities in the Terai and Dooars, had called the bandh to oppose the Gorkha Janmukti Morcha's (GJM) proposed rally or padayatra for inclusion of the Dooars in the proposed "Gorkhaland’ state.

The GJM's padayatra was scheduled between Feb 17-27 from Sankosh in the Dooars to Kumani under Jaldhacca police station of Kalimpong sub-division.

The Jalpaiguri district administration, however, banned any type of rally including of the GJM's padayatra.

A district officer said, the GJM was denied any permission to hold the rally as major parts have been under section 144 Cr pc.

ABAVP's president John Barla said they called off the bandh on Thursday evening after the authorities assured them no one could take out rally in the Dooars.

"Our consideration is on two ways -let the boys and girls go peacefully to their respective examinations centres and let our people have safe passage from any element - for lifting the bandh," Barla said.

A GJM rally today from Sankosh was stopped by police at Hatipota under Kummargram police station of Alipurduar on Thursday, a partyman claimed on Friday. They will take up again separately from Jaigaon and Birpara on Feb 18, he added.

The GJM has been organising an indefinite shutdown since Feb 9 after three of its supporters were killed in the Feb 8 police firing in the Reserve Forest land area of Sibchu in Dooars.

A member of Nari morcha, women wing of GJM and a 16-year-old boy died on the spot, while another woman succumbed to injuries at a nursing home in Siliguri.

GJM's president Bimal Gurung has been camping at Kumani since Jan 19 to organize the rally. 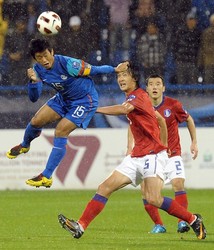 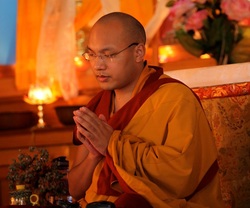 New Delhi: The Centre is understood to have given a clean chit to Tibetan spiritual leader Karmapa Ugyen Trinely Dorji in the case relating to the huge foreign currency haul from his house saying the money had come in the form of donations and offerings by devotees.

This was the conclusion arrived by the central government after its agencies probed the case following the recovery of foreign currency to the tune of Rs 7.5 crore from the Gyuto Monastery, the transit home of the Karmapa, in Himachal Pradesh, sources said.

"The foreign currency recovered during raids are donations and offerings from devotees and the affairs of the Trust backed by him are managed by the trustees. It happened due to the callousness of his associates and lack of knowledge of laws," a source said adding the Karmapa's associates had made the mistake of keeping such a huge amount of foreign currency.

Meanwhile, a delegation of the Karmapa's followers today met Union Home Secretary Gopal K Pillai and apprised him about various aspects of the case.

The delegation pleaded for the innocence of the Karmapa and assured all cooperation from his side to the ongoing probe.

The Home Secretary is learnt to have asked the delegation to advise the Karmapa and his associates about the existing laws, to hire chartered accountants to manage his funds and to register the trust under the Foreign Contribution Regulation Act.

Foreign currency belonging to 25 countries, including China, was recovered by the police from the premises of the Karmapa-backed trust and some of the trustees in the raids that followed recovery of Rs one crore from two persons on January 25 last, allegedly drawn from a bank at Majnoo-ka-Tila in Delhi for a land deal.